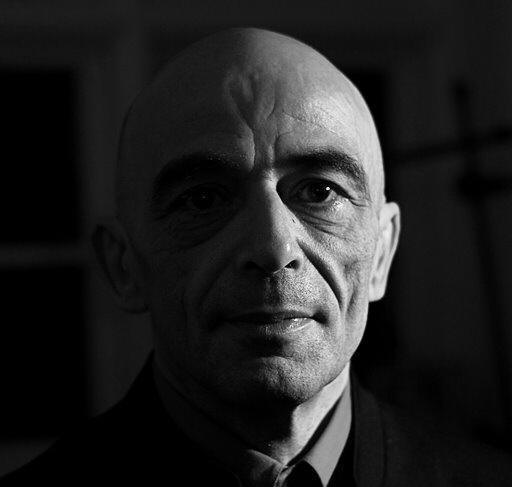 Born in London in 1952, of both ethnic German and German-Jewish extraction, Peter Wilberg studied philosophy and politics at Magdalen College, Oxford and later took an MA degree in Humanistic Psychology with Antioch University for which he wrote a dissertation on ‘group dimensions of lucid dreaming’. An early interest in Marxism led him to Hegel, Daoist and Buddhist dialectics, and later to the remarkable ‘dialectical phenomenology’ of Professor Michael Kosok, with whom he studied privately for several years. Later he began writing on and teaching what he called ‘The New Gnosis’ and ‘The New Yoga of Awareness’. His long interest in the philosophy of medicine and psychology also resulted in him challenging the philosophical and professional separation of psychotherapy (including body oriented psychotherapies) and  somatic medicine, writing critical works on both these areas of theory and practice, and developing and practicing a new form of biographical and existential counselling and therapy for medical patients.

Peter Wilberg wrote his first philosophical essay (on the nature of time) while still at elementary school, and went on to write many hundreds of philosophical essays and publish 25 books on a wide variety of philosophical topics: including philosophy of psychology and psychotherapy, science, religion and spirituality, health and medicine, music and meditation, language and perception, yoga and tantra. All his writing was based on experiences and experiential practices that he engaged in during his early childhood and which evolved throughout his life (see his published Memoir of Metaphysical Experiences - also available to read on this site) as well as on lifelong extensive in-depth studies of both philosophical and phenomenological literature, and the SETH books of Jane Roberts. His book on what he calls ‘Life Medicine’ (entitled The Illness is the Cure) has been translated and published in both Slovenia and the Czech Republic, and a Russian translation of another work of his on medicine (Heidegger, Medicine and ‘Scientific Method’) has been translated and is being prepared for publication in Russia via Moscow State University. He is currently retired and living in Prague, Czech Republic, where he continues to research and write.

Much of Wilberg’s writing has the character of a type of ‘critical discourse analysis’ which finds expression in his highly critical analyses of what he sees as the philosophically superficial and highly questionable languages and jargons of both modern ‘science’ and New Age ‘spirituality’. On the other hand his essays and books present a wide range of highly original philosophical and metaphysical insights and perspectives, as well as introducing a range of new phenomenological, experiential and therapeutic practices and modes of metaphysical research.

What Wilberg calls ‘The Awareness Principle’ is the distillation of a New Metaphysics based on a wholly immaterialist neo-Berkeleyian philosophy of absolute subjectivity - and the notion of an entirely subjective universe in which consciousness alone ‘is’ or can be said to be. He rejects Heideggerian and other critiques of ‘subjectivism’ on the basis that they all carry over the age-old metaphysical presupposition that consciousness or subjectivity is necessarily either the private property of a transcendental or localised ‘subject’, self or ego - or else the property of some ‘object’ in the form, for example, the human body or brain.

For Wilberg there are no ‘objects’, only a multiplicity of intersubjectively related but highly individualised consciousnesses, all of which appear in different forms as phenomena within each other’s consciousness field - and according to the field-patterns and field-qualities of consciousness that shape their perception of each other and their perceptual environment. Consequently, Wilberg challenges the notion that science and scientific research must necessarily be ‘objective’ in character, since their fundamental basis is not the existence of a world or universe of material bodies in space-time but a (subjective) awareness and experience of such a universe.

Following Husserl, he criticises science for its innate idealism, i.e. treating its own mental or mathematical constructs as more ‘real’ than the experienced phenomena they are used to ‘explain’.  Thus the actual or potential experience of touching or handling something and experiencing it as having tactile qualities such as hardness or softness is taken as ‘evidence’ of the existence of an invisible corporeal substance called ‘matter’ which possesses such qualities. In reality, the concept of ‘matter’, like that of ‘energy’ and ‘mass’ are pure abstractions or mental constructs. Wilberg not only follows Berkeley in questioning the concept of matter, he also questions other, more recent concepts of physics such as ‘energy’, all of which are defined solely in relation to one another, i.e. in a purely circular or tautological manner.

Wilberg’s Awareness Principle is an argument a priori and also the title of one of his published books. The argument reads as follows, though he has formulated and expanded upon it in many different ways:

“Awareness as such or per se cannot, in principle or a priori, be reduced to the property or product of any ‘thing’ - any subject, self or world, ego or ‘I’, being or body, experience or phenomenon - that there is an awareness of, since we only can know of that thing through that awareness of it.”

“What can be called ‘God’ is not one being among others that merely happens to have or possess consciousness as its private property. Instead God is consciousness - not a consciousness that is yours or mine, his or hers, the private property of any being, but that Universal Consciousness Field that is the essence of the Divine. Every 'being' is a but an embodied portion, expression or personification of that field.”

“The fact that The Awareness Principle has yet to be acknowledged as the new foundational principle for science and religion rests on the delusion that ‘subjectivity’, ‘awareness’, ‘sentience’, ‘consciousness’ or ‘experiencing’ requires the pre-existence of an aware, sentient, conscious or experiencing ‘subject’, ‘self’ or 'being' – or that it can arise from a purely ‘objective’ universe of insentient things.”

Posted by Peter Wilberg at 8:13 AM

Immaterialist and 'consciousness only' philosophy. Philosophy of awareness, mind, soul and bodyhood, science and medicine, psychoanalysis and psychotherapy, language and listening, music and meditation, human relations, death and dying, gnosticism, yoga and tantra. Heidegger, Marx and the Seth books of Jane Roberts.